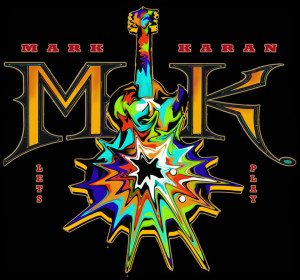 Mark Karan is best known for performing with the extended Grateful Dead family. For the last twelve years, he has anchored the lead guitar slot in Bob Weir & RatDog, playing hundreds of shows to thousands of fans year-round. Before crossing over into the land of the Dead, Mark worked his guitar and vocal voodoo for the likes of Dave Mason, Delaney Bramlett, the Rembrandts, Paul Carrack, Huey Lewis, Jesse Colin Young and Sophie B. Hawkins.

Mark also tours with an array of amazing musicians in his own “Mark Karan’s Buds”, where his soulful blues-based vocal stylings and inspired guitar work meld with the remarkably creative and responsive playing of his friends in a passionate delivery of the psychedelicized sounds of Americana. This is where rock meets R&B and country and mixes with the soul of New Orleans… with healthy portions of reggae, folk, funk and whatever else the muse might bring. In addition to his originals, as well as those of songwriter friends, Mark covers a range of eclectic songs from Johnny “Guitar” Watson’s “You Can Stay (But the Noize Must Go)” and Peter Tosh’s “Don’t Look Back”, to the Kinks’ “Lazin’ on a Sunny Afternoon” or Joe Jackson’s “Fools in Love” — his unique musical taste and song choices are the hallmark of these shows, and always crowd pleasers for his nationwide, loyal fanbase.

Mark’s debut album, “Walk Through the Fire” was released in 2009 to critical acclaim, and features very special guests Delaney Bramlett, Bill Payne, Mike Finnigan, Pete Sears, John Molo, Hutch Hutchinson, The Persuasions, The Rowan Brothers, and many more. He is in demand as both a studio musician and producer, having produced numerous albums for other artists, and recorded or composed a wide variety of music for film, television, and music libraries. His contributions to TV alone can currently be heard on over 15 networks and internationally in over 25 countries.

Mark has toured the world, rocking the Montreaux Jazz Festival, the Mt. Fuji Jazz Festival, and the Fuji Rock Festival. With “Bob Weir & Ratdog” he has headlined Bonnaroo, Gathering of the Vibes, the New Orleans JazzFest and many other festivals on the homefront. Mark’s played the Ryman Auditorium, San Francisco’s Fillmore, Radio City Music Hall, Red Rocks Amphitheater, and many other legendary musical venues. His TV appearances include Austin City Limits, VH1 Classic’s All Star Jams, Late Night with Conan O’Brien, Late Late Night with Craig Kilborn, Today Show and Regis & Kathy Lee. Mark has also been showcased in live performances and featured interviews on SiriusXM, in addition to commercial and specialty radio nationwide.

2012 saw Mark launch a residency at the newly reopened Sweetwater Music Hall in Mill Valley (CA), where he delivered sold out shows with a variety of local and celebrity musicians, including Huey Lewis, members of Furthur, The Mother Hips, ALO, Primus, Roy Rogers, The Waybacks and more.

Since then in Mark has been launching his new band “Mark Karan’s Buds”, planning the release of several new CDs & touring extensively throughout the year. as well as the psychedelic Bob Dylan-based “Ghosts of Electricity” (featuring Mark, Stu Allen, Robin Sylvester, Mookie Siegel, Greg Anton & Pat Nevens), “the Rock Collection”, a loose, fun group based on the chemistry between Mark, Lebo (ALO), Robin Sylvester & Greg Anton and sitting in frequently w/Phil Lesh.

Recently Mark has also discovered a real connection to his acoustic side and has been performing regularly at a variety of intimate, acoustic “house concerts” to delighted audiences…